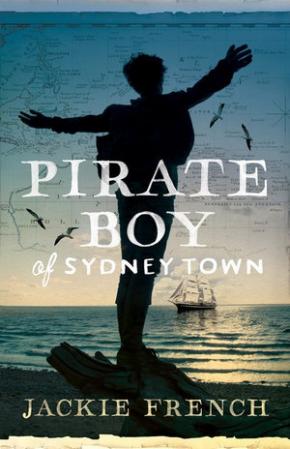 From renowned children's author Jackie French comes a book filled with swashbuckling adventures and which uncovers Australia's hidden history as a pirate port and slavers' den.

Twelve-year-old Ben Huntsmore is the son of a ship-owner, an only child who loves the farming life on his family's estate, Badger's Hill.

But when Ben's father loses their ancestral home to pay a gambling debt, Ben reluctantly joins his father in a desperate venture to win back their home, capturing enemy trading ships off the west Australian coast.

While at sea, Ben must face not just the giant waves of the Southern Ocean but also Dutch guns, as well as unexpected treachery as he realises that his almost-unknown father will sacrifice even his son to make his fortune.

Only the unexpected friendships of the mysterious convict Higgins and young Indigenous sailor Guwara will help Ben survive, as well as show him the true meaning of loyalty and riches.

From one of Australia's most-renowned children's authors comes a book filled with swashbuckling adventures that uncovers Australian's hidden history as a pirate port and slavers' den.

Sky Pirates: Echo Quickthorn and the Great Beyond