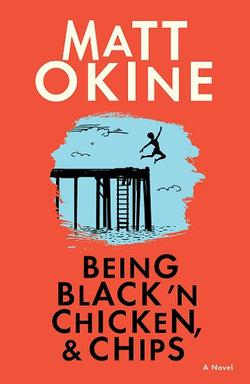 Being Black 'n Chicken, and Chips

A heartbreaking and often hilarious story about trying to grow up when everything is falling apart from one of Australia's leading comic talents.

Mike Amon is a regular teenager. All he wants is to fit in. He wants to sit at the cool bench. He wants to be a star athlete. He wants his first kiss. He also wants his mum to survive. When his mum is suddenly diagnosed with advanced breast and brain cancer, Mike knows it's a long shot, but if he manages to achieve his dreams, maybe it'll give his mum enough strength to beat an incurable disease. In the meantime, he has to live with his African dad whom he doesn't really know, a man who has strange foreign ways - and who Mike doesn't really feel comfortable sharing his teenage desires and deepest fears with. He doesn't even want to think about what it might mean if his mum never comes home from the hospital.