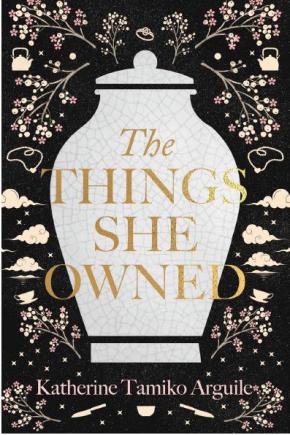 The Things She Owned

Beautiful and mysterious,Â The Things She OwnedÂ explores the complexity of lives lived between cultures, the weight of crossgenerational trauma, and a mother and daughter on a tortuous path to forgiveness.

Years after the death of her cruel and complicated mother, Erika is still surrounded by the things she left behind: an onigiri basket, a Wedgwood tea set, a knotted ring from Okinawa. Against her Japanese familyâ€™s wishes, Erika has also kept the urn containing her motherâ€™s ashes and bones, refusing to put Michikoâ€™s memory to rest. She ignores her grief, throwing herself into her work as a chef at a high-end London restaurant. But when a cousin announces that she will be visiting from Japan, Erikaâ€™s resolve begins to crack. Slowly the things Michiko owned reveal stories of her youth amid the upheaval of Tokyo during and after the Second World War. As the two womenâ€™s stories progress and entwine, Erika is drawn to Okinawa, the island of her ancestors. Itâ€™s a place of magic and mysticism where the secrets of Erikaâ€™s own past are waiting to be revealed.