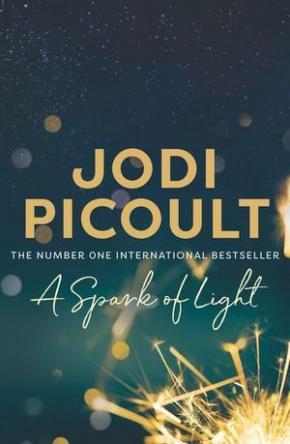 A Spark of Light

When Vonita opened the doors of the Center that morning, she had no idea that it would be for the last time.

Wren has missed school to come to the Center, the sole surviving women's reproductive health clinic in the state, chaperoned by her aunt, Bex. Olive told Peg she was just coming for a check-up. Janine is undercover, a pro-life protester disguised as a patient. Joy needs to terminate her pregnancy. Louie is there to perform a service for these women, not in spite of his faith, but because of it.

When a desperate and distraught gunman bursts into the Center, opening fire and taking everyone hostage, Hugh McElroy is the police negotiator called to the scene. He has no idea that his fifteen-year-old daughter is inside.

Told in a daring and enthralling narrative structure that counts backward through the hours of the standoff, this is a story that traces its way back to what brought each of these very different individuals to the same place on this fateful day.

Jodi Picoult - one of the most fearless writers of our time - tackles a complicated issue in this gripping and nuanced novel. How do we balance the rights of pregnant women with the rights of the unborn they carry? What does it mean to be a good parent? A Spark of Light will inspire debate, conversation ... and, hopefully, understanding.