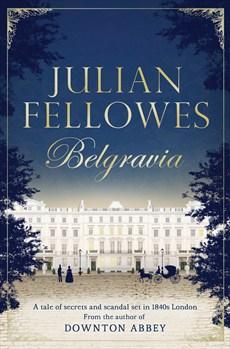 On the evening of 15 June 1815, the great and the good of British Society have gathered in Brussels at what is to become one of the most tragic parties in history - the Duchess of Richmond's ball. For this is the eve of the Battle of Waterloo, and many of the handsome young men attending the ball will find themselves, the very next day, on the battlefield.

For Sophia Trenchard, the young and beautiful daughter of Wellington's chief supplier, this night will change everything. But it is only twenty-five years later, when the upwardly mobile Trenchards move into the fashionable new area of Belgravia, that the true repercussions of that moment will be felt. For in this new world, where the aristocracy rub shoulders with the emerging nouveau riche, there are those who would prefer the secrets of the past to remain buried...