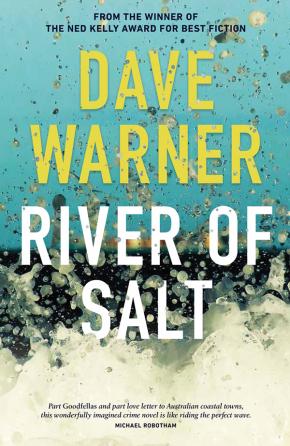 After having to give up his brother to save his own life, hitman Blake Saunders flees the Mob and seeks refuge on the other side of the world. Two years later he has been reborn in a tiny coastal Australian town. The ghosts of the past still haunt him, but otherwise Coral Shoals is paradise.

In 1963, former hitman Blake Saunders flees the Philadelphia Mob for a quieter existence in a tiny coastal Australian town. Life in Coral Shoals is perfect and Blake is a new man – running a club called the Surf Shack, and playing nights there with his surf music band, The Twang. But then a young woman’s body is found at a local motel, a matchbook from the Surf Shack on her bedside table. When Blake’s friend is arrested for her murder and the local sergeant doesn’t want to know, it becomes clear that it is up to Blake – a man who knows about cold-blooded killing – to protect his corner of paradise.