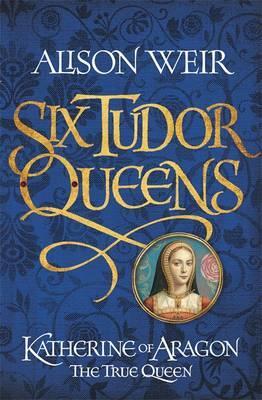 History tells us how she died. This captivating novel shows us how she lived. The first in a 6-part series on Henry VIII's wives from acclaimed historian Alison Weir.

A Spanish princess. Raised to be modest, obedient and devout. Destined to be an English Queen.

Six weeks from home across treacherous seas, everything is different: the language, the food, the weather. And for her there is no comfort in any of it. At sixteen years-old, Catalina is alone among strangers.

She misses her mother. She mourns her lost brother.

She cannot trust even those assigned to her protection.

KATHERINE OF ARAGON. The first of Henry's Queens. Her story.

Acclaimed, bestselling historian Alison Weir has based her enthralling account of Henry VIII's first wife on extensive research and new theories. She reveals a strong, spirited woman determined to fight for her rights and the rightful place of her daughter. A woman who believed that to be the wife of a King was her destiny.