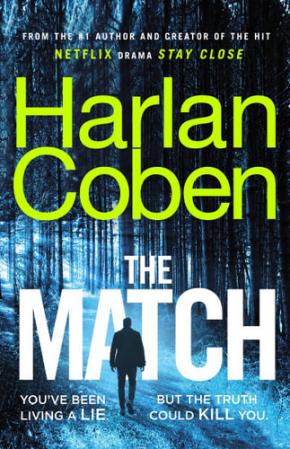 In this gripping new thriller from the No 1 Sunday Times bestselling author and creator of The Stranger, Wilde follows a tip that he hopes will finally solve the mystery of his abandonment, but instead sends him straight into the arms of a serial killer.

As a young child, Wilde was found living a feral existence in the Ramapo mountains of New Jersey. He has grown up knowing nothing of his family, and even less about his own identity. He is known simply as Wilde, the boy from the woods. But when a match at an online ancestry database puts him on the trail of a close relative - the first family member he has ever known - he thinks he might be about to solve the mystery of who he really is. Only this relation disappears as quickly as he's resurfaced, having experienced an epic fall from grace that can only be described as a waking nightmare. Undaunted, Wilde continues his research on DNA websites where he becomes caught up in a community of doxxers, a secret group committed to exposing anonymous online trolls. Then one by one these doxxers start to die, and it soon becomes clear that a serial killer is targeting this secret community - and that his next victim might be Wilde himself ...