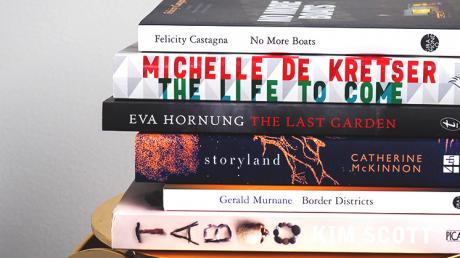 Last night's announcement of the shortlist for the prestigious Miles Franklin Literary Award 2018 includes two former winners, Kim Scott and Michelle de Kretser, and four other authors, all of whom have received literary accolades and are strong contenders to receive the $60,000 literary prize in August.

Trustee of the award, Perpetual, alongside Copyright Agency’s Cultural Fund, announced the six authors –four women and two men – on a shortlist that spans genres, histories and cultures. The novels offer readers a remarkable collection of stories dealing with disconnection, dispossession and violence as well as experiences of grief, hope and love. They reflect deeply and often humorously on Australian life in the past, present and future.

Distinctive to this year’s shortlist is the literary talent present, including previous recipients of the award, two-time winner Kim Scott for That Deadman Dance (2011) and Benang (2000), and Michelle de Kretser for Questions of Travel (2013). Joining them is Eva Hornung, whose shortlisted novel The Last Garden won the Premier’s Award in the 2018 Adelaide Festival Awards for Literature and has been shortlisted for the ALS Gold Medal; Gerald Murnane, who has been selected for the first time in his 44-year writing career despite having won much acclaim overseas; Felicity Castagna, for her first move away from her award-winning young adult and children’s fiction with No More Boats; and Catherine McKinnon, an award-winning writer of novels, plays and short stories.

The shortlist shines true to the vision of esteemed My Brilliant Career author Stella Maria Sarah Miles Franklin, who established the award through her will to showcase significant and insightful literature that presents Australian life in any of its phases.

Speaking on behalf of the judging panel, Mitchell Librarian of the State Library of NSW, Richard Neville, said:

“The Miles Franklin 2018 shortlist engages with the complexities of Australian life in all of its phases, and the legacy of its timeless Indigenous past and its recent European present. All the novels explore how Australians connect with their complex stories, with their emotional histories, and with the legacy of colonisation. Each author in the shortlist considers what it means to live in a particular location, with unique and challenging vision. The vibrancy of contemporary Australian literature, and its relevance to thinking through the challenges of modern Australia, is confirmed with this diverse and intelligent shortlist.”

“The Australian literary community continues to thrive as a result of Stella Miles Franklin’s trailblazing philanthropic endeavour more than 60 years ago. I’d like to congratulate the six shortlisted authors who, through their commitment and dedication, have created engaging novels that reflect Australian life.  Perpetual is proud to act as Trustee for the Miles Franklin Literary Award, Australia’s most prestigious literature prize.”

The Copyright Agency’s Cultural Fund gives a $5000 cash prize to each of the shortlisted authors. Chief Executive of the Copyright Agency Adam Suckling said, “What an exciting shortlist, with a great mix of emerging and established authors. Reading the shortlist is going to be a great pleasure and we are so pleased to be able to give these authors, representing the best of Australian writing, some tangible support for their stellar achievement.”

The winner of the Miles Franklin Literary Award 2018 will be announced in Melbourne on Sunday, 26 August 2018, and will receive $60,000 in prize money for the novel judged as being ‘of the highest literary merit’ and which presents ‘Australian life in any of its phases’. Each of the 2018 shortlisted authors will receive $5,000 from the Copyright Agency’s Cultural Fund.