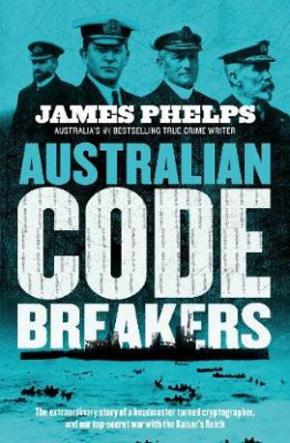 The extraordinary story of a headmaster turned cryptographer, and our top-secret war with the Kaiser's Reich.

On 11 August 1914, just days after war had been declared, Australian Captain J.T. Richardson boarded a German merchant vessel fleeing Melbourne's Port Phillip and audaciously seized a top-secret naval codebook. The fledgling Australian Navy had an opportunity to immediately change the course of the war. But what exactly had they found? Enter the Australian code breakers ... Recruited by savvy top brass, maths whizz and German speaker Frederick Wheatley worked night and day to fathom the basic principles of the code and start tracking the German Navy's powerful East Asia Squadron, led by the brilliant Maximilian von Spee. Soon Melbourne was a hub of international Allied intelligence. This is the untold story of how a former Australian headmaster and his mostly female team cracked one of Germany's most complex codes, paving the way for the greatest Allied naval victory of World War I.

We Need to Talk About Mum & Dad

We Can't Say We Didn't Know