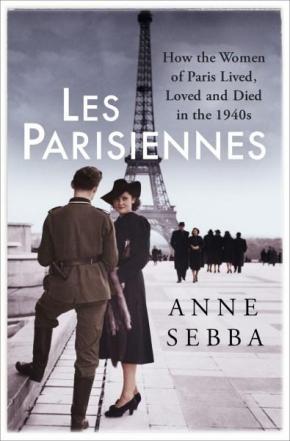 These were years of fear, power, aggression, courage, deprivation and secrets until - finally - renewal and retribution. Even at the darkest moments of Occupation, with the Swastika flying from the Eiffel Tower and pet dogs abandoned howling on the streets, glamour was ever present. French women wore lipstick. Why?

It was women more than men who came face to face with the German conquerors on a daily basis - perhaps selling them their clothes or travelling alongside them on the Metro, where a German soldier had priority over seats. By looking at a wide range of individuals from collaborators to resisters, actresses and prostitutes to teachers and writers, Anne Sebba shows that women made life-and-death decisions every day, and often did whatever they needed to survive. Her fascinating cast of characters includes both native Parisian women and those living in Paris temporarily - American women and Nazi wives, spies, mothers, mistresses, and fashion and jewellery designers.

Some women, like the heiress Beatrice de Camondo or novelist Ir ne N mirovsky, converted to Catholicism; others like lesbian racing driver Violette Morris embraced the Nazi philosophy; only a handful, like Coco Chanel, retreated to the Ritz with a German lover. A young medical student, Anne Spoerry, gave lethal injections to camp inmates one minute but was also known to have saved the lives of Jews.

But this is not just a book about wartime. In enthralling detail Sebba explores the aftershock of the Second World War and the choices demanded. How did the women who survived to see the Liberation of Paris come to terms with their actions and those of others? Although politics lies at its heart, Les Parisiennes is a fascinating account of the lives of people of the city and, specifically, in this most feminine of cities, its women and young girls.