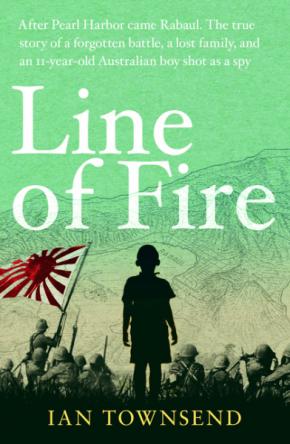 The little known and intriguing WWII story of an eleven-year-old Australian schoolboy who was shot by the Japanese in Rabaul in 1942 as a suspected spy - a compelling story of spies, volcanoes, history and war

In May 1942, in the town of Rabaul in the Australian territory of New Guinea, five Australian civilians were taken by Japanese soldiers to a pit at the base of a volcano and executed as spies.

A mother, her brother, her husband and her friend. And her 11-year-old son.

Who were these people and what had led them to this terrible end, under the shadow of a volcano?

Acclaimed 4th Estate author and award-winning science journalist Ian Townsend has uncovered a fascinating story that sheds new light on a largely forgotten but desperate battle fought on Australian territory. The Australian Government, unable to reinforce its small garrison, abandoned more than 1500 Australian soldiers and civilians as ‘hostages to fortune' in the face of the irresistible Japanese advance. Set against the romantic, dramatic and ultimately tragic backdrop of Rabaul in WWII, this is a wholly intriguing narrative of Australian history, military conflict and volcanology, woven together with the story of one ordinary but doomed Australian family.