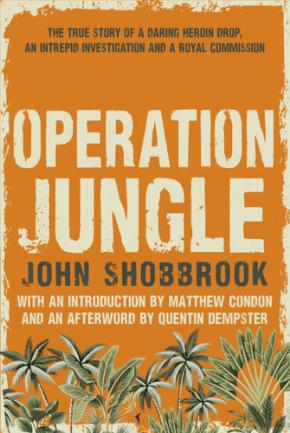 A gripping blend of memoir, true crime and corruption in the tropics.

In the late 1970s, criminal mastermind John Milligan and his associates conspired to import heroin into Far North Queensland via a remote mountain top airdrop. In a story that is stranger than fiction, it took them three trips through dense jungle to locate the heroin, but they only recovered one of the two packages. When narcotics agent John Shobbrook took on the investigation of this audacious crime, codenamed 'Operation Jungle', his career was on the rise within the Federal Bureau of Narcotics. What he discovered unwittingly set in motion a chain of events that not only destroyed his own career, but led to the disbanding of the Narcotics Bureau. Operation Jungle is a gripping true story about the high cost of truth and the far-reaching tentacles of greed and corruption that cross state borders and legal jurisdictions.