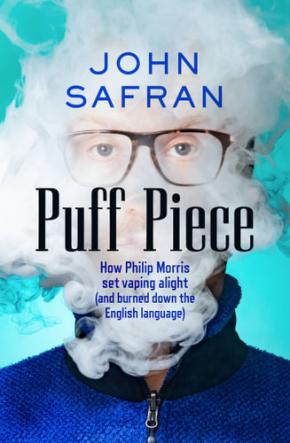 Wild, hilarious and thought-provoking, Puff Piece is a probing look into Big Tobacco and the vaping industry, and how words can be literally a matter of life and death.

The folks that bring you Marlboro - Philip Morris - are wheezing, slowly dying. Cigarettes are out of favour with everyone, from world governments and investors to, increasingly, smokers. So, what's their plan? Prepare to be dazzled. Or, at the very least, befuddled. Philip Morris has announced they will shut down as a cigarette company, and relaunch as a health enterprise, dedicated to convincing the one billion smokers of the world to quit. The ever-curious John Safran leaves his apartment to find out what on God's green earth is going on. As he starts digging away he discovers a company up to brand new shenanigans, wangling their way into unexpected places, desperately trying to keep their tobacco business alive by brandishing a mysterious new doohickey called an IQOS. And not only that, now they're upending language itself, changing the meaning of words. Will they slip past bans by convincing governments they don't sell 'cigarettes' but rather 'HeatSticks', and that these don't emit 'smoke' but 'aerosol'? Can John get the real story out of them without his life catching fire?