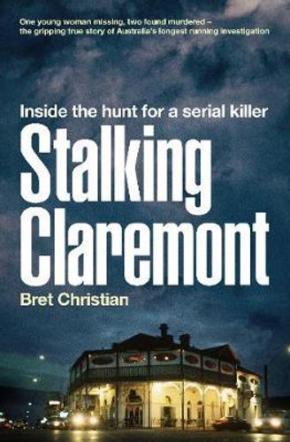 The gripping true story of the notorious Claremont serial murders and the nation's longest and most expensive investigation to catch the killer.

In the early hours of January 27, 1996, after an evening spent celebrating at Club Bayview in the Perth suburb of Claremont, 18-year-old Sarah Spiers called a taxi to nearby Mosman Park. But when the cab arrived, she'd already gone. Sarah was never seen again.Four months later, on June 9, 1996, 23-year-old Jane Rimmer disappeared from the same area, her body later found in bushland south of Perth. When the body of a third young woman, 27-year-old Ciara Glennon, was found north of the city, having vanished from Claremont in August 1997, it was clear a serial killer was on the loose, and an entire city lived in fear he would strike again.A massive manhunt focused first on taxi drivers, then the outspoken local mayor and a quiet public servant. However, almost 20 years later, Australia's longest and most expensive investigation had failed to make an arrest, until forensic evidence linked the murders to two previous attacks - and an unlikely suspect. Stalking Claremont, by local newsman Bret Christian, is a riveting story of promising young lives cut short, a city in panic, an investigation fraught by oversights and red herrings, and a surprising twist that absolutely no one saw coming.