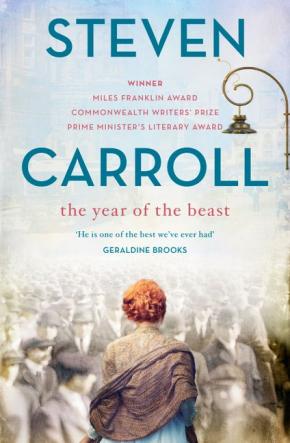 The Year of the Beast

One of Australia's finest and most critically acclaimed writers returns with a powerful novel that goes back to the very beginning of the story, to bring his sweeping Glenroy series to a magnificent close.

He is one of the best we've ever had' Geraldine Brooks

Melbourne, 1917: the times are tumultuous, the city is in the grip of a kind of madness. The Great War is raging, and it is the time of the hotly contested second conscription referendum. Fights are raging on the streets, rallies for 'YES' and 'NO' facing off against each other on opposing corners. Men, women and children, jostling, brawling, fighting and spitting.

Through these streets walks Maryanne, forty years old, unmarried and seven months pregnant. These are uncertain, dangerous times for a woman in her position. And she is facing a difficult choice - a choice which gets more urgent by the day - whether to give her child up for adoption as the Church insists she does, or to keep her child and face an uncertain future.

An extraordinary powerful novel of a time, a city and a woman, The Year of the Beast is Steven Carroll at his best. A rhythmic, insistent and pulsing novel that tells a compelling story of mothers, families, and what it means to be an individual, standing against the surge of the crowd.