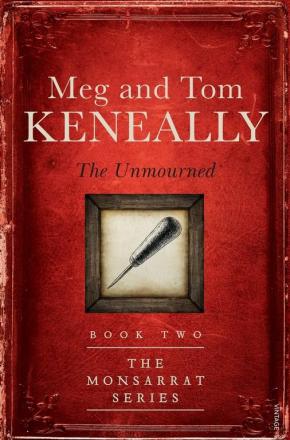 Not all murder victims are mourned, but the perpetrator must always be punished . . .

For Robert Church, superintendent of the Parramatta Female Factory, the most enjoyable part of his job is access to young convict women. Inmate Grace O’Leary has made it her mission to protect the women from his nocturnal visits and when Church is murdered with an awl thrust through his right eye, she becomes the chief suspect.

Recently arrived from Port Macquarie, ticket-of-leave gentleman convict Hugh Monsarrat now lives in Parramatta with his ever-loyal housekeeper Mrs Mulrooney. Monsarrat, as an unofficial advisor on criminal and legal matters to the governor’s secretary, is charged with uncovering the truth of Church’s murder. Mrs Mulrooney accompanies him to the Female Factory, where he is taking depositions from prisoners, including Grace, and there the housekeeper strikes up friendships with certain women, which prove most intriguing.

Monsarrat and Mrs Mulrooney both believe that Grace is innocent, but in this they are alone, so to exonerate her they must find the murderer. Many hated Church and are relieved by his death, but who would go as far as killing him?