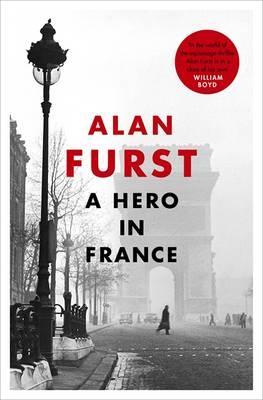 A Hero in France

The master of historical espionage returns with his finest novel to date, a heart-stopping thriller set during the French Resistance.

Let Alan Furst take you on a journey through the cobbled streets and smoky salons of wartime Europe as the continent stands on the brink...

But the fighters of the French Resistance are determined not to give up. These courageous men and women - young and old, aristocrats and nightclub owners, teachers and military heroes - run an escape line for British airmen down to Spain. In Rouen and Orleans, in secret hotels, and on the streets, they prise open Europe's sealed doors to lead British fighters to freedom...

Thrilling, seductive and heart-poundingly tense, A HERO IN FRANCE is a story of courage against the odds, set during one of the most intriguing periods of recent history.