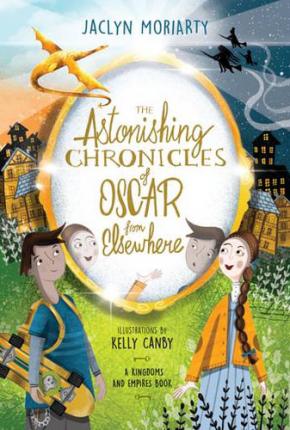 The Astonishing Chronicles of Oscar from Elsewhere

The magical fourth book in the rich and whimsical world of the Kingdoms and Empires about a non-magical boy called Oscar who finds himself caught up in a surprisingly urgent quest in an even more surprising world.

The Astonishing Chronicles of Oscar from Elsewhere is the account of Monday through Friday of last week. That's when Oscar found himself on a quest to locate nine separate pieces of a key, held by nine separate people, in order to unlock a gluggy silver spell that had trapped the Elven city of Dun-sorey-lo-vay-lo-hey. The quest was an urgent one. Friday at noon, the spell would become permanent, the Elves would be crushed to death and Oscar would be trapped in this magical world forever. (The account, it should be noted, has been written at the request of a small public school's Deputy Principal. She wants to know exactly what Oscar considered more important than coming to school last week.)