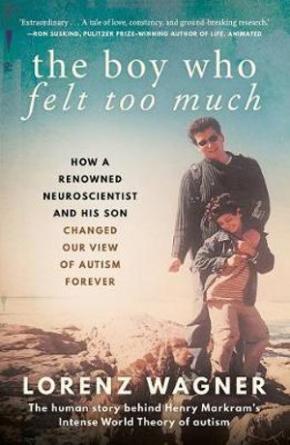 The Boy Who Felt Too Much

The human story behind Henry Markram's Intense World Theory of autism. How a renowned neuroscientist and his son changed our view of autism forever The International Bestseller Henry Markram is the Elon Musk of neuroscience, the man behind the billion dollar Blue Brain Project to build a supercomputer model of the brain. He has set the goal of decoding all disturbances of the mind within a generation. This quest is personal for him. The driving force behind his grand ambition has been his son Kai, who suffers from autism. Raising Kai made Henry Markram question all that he thought he knew about neuroscience, and then inspired his groundbreaking research that would upend the conventional wisdom about autism, expressed in his now famous theory of Intense World Syndrome. When Kai was first diagnosed, his father consulted studies and experts. He knew as much about the human brain as almost anyone but still felt as helpless as any parent confronted with this condition in his child. What's more, the scientific consensus that autism was a deficit of empathy didn't mesh with Markram's experience of his son. He became convinced that the disorder, which has seen a 657 percent increase in diagnoses over the past decade, was fundamentally misunderstood. Bringing his world?class research to bear on the problem, he devised a radical new theory of the disorder: People like Kai don't feel too little; they feel too much. Their senses are too delicate for this world. The theory of Intense World Syndrome could change the way we see autism forever, and it's thanks to Kai, the boy who changed everything.