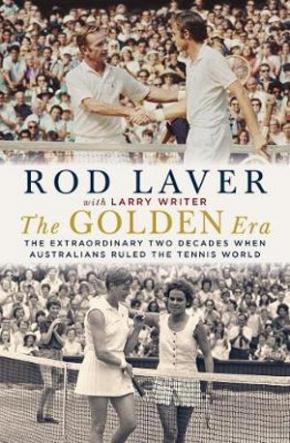 by Rod Laver with Larry Writer

From the 1950s to the 1970s, Australia was the world's tennis superpower, producing players who dominated amateur grand slam tournaments, the Davis Cup and the professional circuit,and none was more successful, famous or influential than Rod Laver, whose two singles Grand Slams - winning the Australian, French, Wimbledon and United States championships in a calendar year - have never been equalled. The Golden Era is Rod's deeply personal account of those great years. As a participant and eye-witness, he captures the excitement and drama of the great wins, and gives us genuine insight into the band of supremely talented Australian champions who balanced playing hard with a legendary sportsmanship.Written with all of Rod's peerless tennis knowledge, and including key interviews with Frank Sedgman, Ken Rosewall, the late Lew Hoad, Neale Fraser, Mal Anderson, Ashley Cooper, Roy Emerson, Fred Stolle, John Newcombe and Margaret Court, The Golden Era is the definitive story of the two decades of Australian tennis domination that will almost certainly never be repeated.