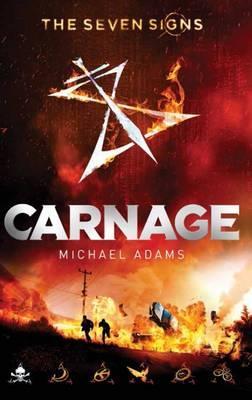 One missing, presumed dead.Two in trouble with the law.Only four remain to solve the Second Sign. The DARE Award winners Yasmin, Zander, Andy, Dylan, JJ, Isabel and Mila have been caught in a deadly battle of wits with a mysterious enemy who isnt afraid to kill. Too late, they learned that the First Sign predicted catastrophic attacks which have left Egypt in chaos. Yasmin is missing. Many more lives are at stake. With Andy and Dylan in police custody in LA, can the remaining four DARE winners unravel the Second Sign seven new symbols and stop The Sign makers destructive plan before the countdown ends? If you could be a hero, would you DARE? Seven Signs. Seven days to save the world.

Beyond the End of the World: The Other Side of the Sky 2