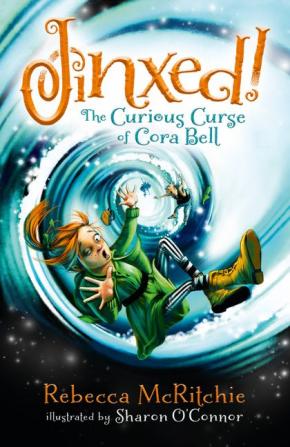 Richly illustrated throughout by Sharon O'Connor, this is a very exciting magical new series from the talented author ofÂ Whimsy & Woe.

Cora is eleven years old and missing one eye. She lives with an elderly lady named Dot in a room hidden behind a wall. In a crowded, industrial city, where everyone looks out for themselves, Cora and Dot hunt and sell rare and exotic things - apple seeds, silver forks, shoe polish. Until one day, Cora finds a few words scribbled on a piece of paper.She takes it home and says the words aloud. Then two plump, hairy fairies named Tick and Tock crash land in her path to warn her that she is in terrible danger. Cora has unknowingly summoned a sinister creature known as a Jinx. Jinxes eat magical beings and once they have a scent, they never forget it. But Cora isn't a magical being . . . is she? Quickly, Cora is thrown headfirst into a world filled with magic, necromancers, shape-shifters, enchantresses, fairies, nightwalkers, witches and giants.

Here in the Real World

Yes No Maybe So

Jane Doe and the Key of All Souls

The Wonderful Wisdom of Ants