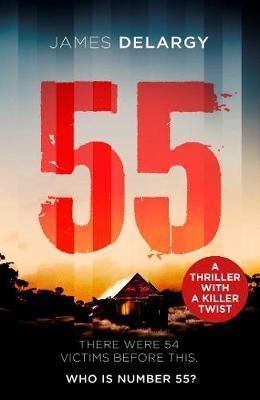 Two men claim to have escaped the murderous clutches of a serial killer. But each says he's the victim and the other man is the murderer. It'll take everything small-town police sergeant Chandler Jenkins has to discover the truth - before anyone else dies

A thriller with a killer hook, and an ending that will make you gasp! Wilbrook in Western Australia is a sleepy, remote town that sits on the edge of miles and miles of unexplored wilderness. It is home to Police Sergeant Chandler Jenkins, who is proud to run the town's small police station, a place used to dealing with domestic disputes and noise complaints.

All that changes on a scorching day when an injured man stumbles into Chandler's station. He's covered in dried blood. His name is Gabriel. He tells Chandler what he remembers. He was drugged and driven to a cabin in the mountains and tied up in iron chains. The man who took him was called Heath. Heath told Gabriel he was going to be number 55. His 55th victim. Heath is a serial killer. As a manhunt is launched, a man who says he is Heath walks into the same station. He tells Chandler he was taken by a man named Gabriel. Gabriel told Heath he was going to be victim 55. Gabriel is the serial killer.

Two suspects. Two identical stories. Which one is the truth?

James Delargy has written one of the most excitingdebuts of 2019. He masterfully paints the picture of a remote Western Australian town and its people, swallowed whole by the hunt for a serial killer.