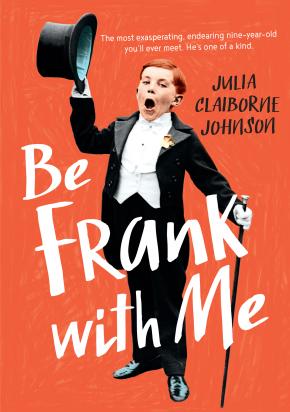 Be Frank With Me

With the heart and humour of The Rosie Project and the spirited plot twists of Where'd You Go, Bernadette, BE FRANK WITH ME is a remarkable debut novel. The voice is fresh, fun and sharp, and introduces Frank Banning, the most charmingly impossible nine-year-old you will ever meet.

Meet Frank - a modern nine-year-old boy with the wit of Noel Coward and the wardrobe of a 1930s movie star. Meet Mimi Banning - reclusive literary legend and mother to Frank. Mimi has been holed up in her Bel Air mansion for years, keeping her secrets, hiding from the world. Until Alice.Meet Alice - a level-headed young woman who finds herself thrust into Banning household, charged with looking after Mimi's unusual son. Alice doesn't want mysteries, she doesn't want eccentricity and she certainly doesn't want a love-affair. But she finds all of them under the Banning roof. In so doing, she discovers a part of herself she never knew was missing. Full of heart and humour, Be Frank With Me is a captivating and unconventional story of an unusual mother and son, and the intrepid young woman who finds herself irresistibly pulled into their unforgettable world.