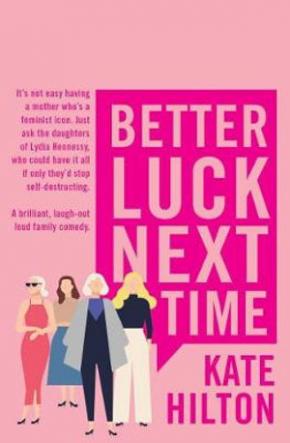 A brilliant generational family comedy for fans of Curtis Sittenfeld and Nora Ephron, and television'sÂ This Is Us, OffspringÂ andÂ Parenthood.

It isn't easy being related to a feminist icon, especially when she's celebrating the greatest moment of her storied career. Just ask the daughters of Lydia Hennessey, who could have it all if only they'd stop self-destructing. Mariana, the eldest, is on the verge of throwing away a distinguished reputation in journalism, along with her marriage. Nina, the middle daughter, has returned from a medical mission overseas as a changed woman but won't discuss it with anyone. And Beata, the youngest, has a hostile teenaged son who just discovered the existence of a father who didn't know about him either. Meanwhile, their cousin Zoe is making divorce look like a death-match while her brother, Zack, is grappling with the fallout from his popular television dramedy, which is based far too closely on Lydia herself. Over the course of an eventful year, the Hennessey children contend with the big struggles of midlife: ageing parents, raging teens, crumbling marriages and bodies, new loves and the choice between playing it safe or taking life-altering risks. And as they inch toward a new definition of happiness they might even persuade their parents-and themselves-that they're all grown up.