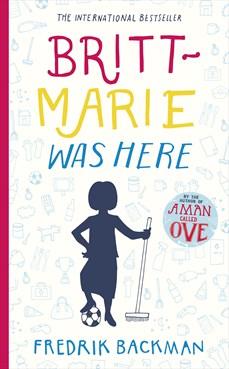 From the critically acclaimed author of the international phenomenon A MAN CALLED OVE. A funny, poignant and uplifting tale of love, community, and second chances.

For as long as anyone can remember, Britt-Marie has been an acquired taste. It's not that she's judgemental, or fussy, or difficult - she just expects things to be done in a certain way. A cutlery drawer should be arranged in the right order, for example (knives, forks, then spoons). We're not animals, are we?

But behind the passive-aggressive, socially awkward, absurdly pedantic busybody is a woman who has more imagination, bigger dreams and a warmer heart than anyone around her realizes.

So when Britt-Marie finds herself unemployed, separated from her husband of 20 years, left to fend for herself in the miserable provincial backwater that is Borg - of which the kindest thing one can say is that it has a road going through it - and somehow tasked with running the local football team, she is a little unprepared. But she will learn that life may have more to offer her that she's ever realised, and love might be found in the most unexpected of places.