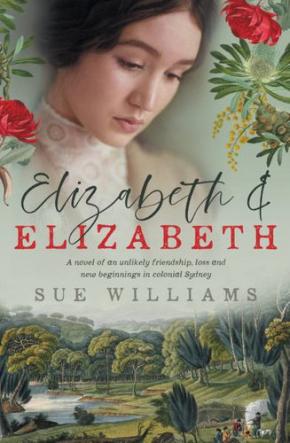 The story of how two women, who should have been bitter foes, combined their courage and wisdom to wield extraordinary power and influence behind the scenes of the fledgling colony.

There was a short time in Australia's European history when two women wielded extraordinary power and influence behind the scenes of the fledgling colony. One was Elizabeth Macquarie, the wife of the new governor Lachlan Macquarie, nudging him towards social reform and magnificent buildings and town planning. The other was Elizabeth Macarthur, credited with creating Australia's wool industry and married to John Macarthur, a dangerous enemy of the establishment. These women came from strikingly different backgrounds with husbands who held sharply conflicting views. They should have been bitter foes. Elizabeth & Elizabeth is about two courageous women thrown together in impossible times. Borne out of an overriding admiration for the women of early colonial Australian history, Sue Williams has written a novel of enduring fascination.