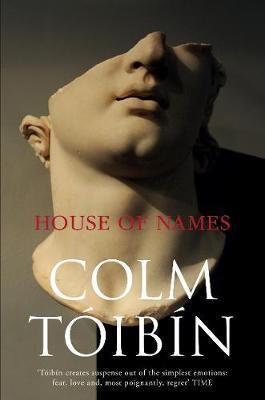 From the thrilling imagination of bestselling, award-winning Colm Tóibín comes a retelling of the story of Clytemnestra - spectacularly audacious, violent, vengeful, lustful, and instantly compelling - and her children.

I HAVE BEEN ACQUAINTED WITH THE SMELL OF DEATH.

Judged, despised, cursed by gods she has long since lost faith in, the murderess Clytemnestra tells of the deception of Agamemnon, how he sacrificed her eldest daughter - her beloved Iphigenia - to the Trojan campaign; how Clytemnestra used what power she had, seducing the prisoner Aegisthus, turning the government against its lord; plotting the many long years until her beacon fires announce the king's return...

Electra, daughter of a murdered father, loyal subject of the rightful king, watches Clytemnestra and her lover with cold anger and slow-burning cunning. She watches, as they walk the gardens and corridors of the house of Atreus. She waits for the traitors to become complacent, to believe they are finally safe; she waits for her exiled brother, Orestes, for the boy to become a warrior, for fate to follow him home. She watches and she waits, until her spies announce her brother's return...