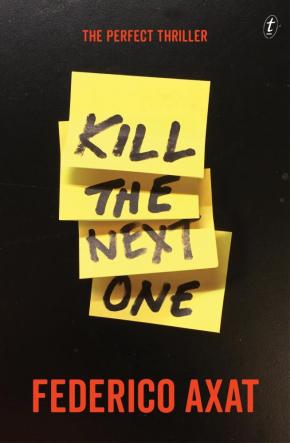 Kill the Next One

An audacious psychological thriller in which nothing is what it seems, Kill the Next One is already a bestseller in Spain and is being published in over 30 international territories in 2016 and 2017.

Ted McKay had it all: a beautiful wife, two daughters, a high-paying job. But after being diagnosed with a terminal brain tumor he finds himself with a gun to his temple, ready to pull the trigger. Then the doorbell rings.

A stranger makes him a proposition: why not kill two deserving men before dying? The first target is a criminal, and the second is a man with terminal cancer who, like Ted, wants to die. After executing these kills, Ted will become someone else's next target, like a kind of suicidal daisy chain. Ted understands the stranger's logic: it's easier for a victim's family to deal with a murder than with a suicide. It isn't long, however, until Ted's reality begins to unravel.

Kill the Next One is an utterly gripping psychological thriller where nothing is as it seems.