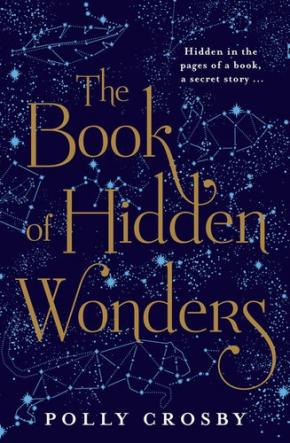 The Book of Hidden WondersÂ is the unforgettable, beguiling debut from Polly Crosby.

Hidden in the pages of a book is a secret story. Let the treasure hunt begin. Romilly lives in a ramshackle house with her eccentric artist father and her cat, Monty. She knows little about her past but she knows that she is loved. When her father finds fame with a series of children's books starring her as the main character, everything changes: exotic foods appear on the table, her father appears on TV, and strangers appear at their door, convinced the books contain a treasure hunt leading to a glittering prize. But as time passes, Romilly's father becomes increasingly suspicious of everything around him, until, before her eyes, he begins to disappear altogether. In her increasingly isolated world, Romilly turns to the secrets her father has hidden in his illustrated books, realising that there is something far darker and more devastating locked within the pages. The truth.