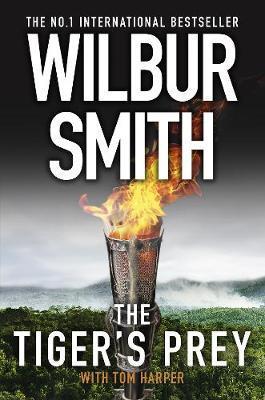 The Courtney of Africa: Book 15

Set at the dawn of the eighteenth century and reviving Tom Courtney, hero of Wilbur Smith's bestsellers Monsoon (1999) and Blue Horizon (2003), this new novel packs action, romance, and exotic settings into a rousing historical adventure. It was not birth that made a man. It was what he made of himself. Indian Ocean, 1700. The Malabar coast is full of dangers: greedy tradesmen, fearless pirates, and men full of vengeance. But for a Courtney, the greatest danger might just be his own family... Francis Courtney flees the comfort of his Devonshire estate when his stepfather's gambling debts leave him penniless and in grave danger. He voyages to South Africa with revenge and fortune on his mind: his uncle Tom Courtney killed his father, and he plans on repaying the debt and making his fortune in the process. However, upon his arrival in Cape Town, he uncovers a truth that leaves him overwhelmed and disoriented. Christopher Courtney sets out to make his own way in the world, giving up his privileged position as the son of the Governor of Bombay. The perils and betrayals that play out on his journey carve a fierce warrior out of him, but they also harden his soul and lead him to more violence and treachery. As the lives of the Courtney men intertwine, the sins of the fathers will forever alter the lives of a younger generation. The Tiger's Prey takes readers on an epic journey from the southernmost point of Africa, through the perilous waters of the Arabian Sea, to the lush Indian coastline. It is an incredible and breathless tale of intrigue and family betrayal from one of the world's greatest storytellers.