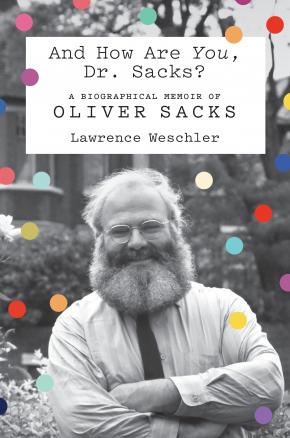 And How Are You, Dr Sacks

Lawrence Weschler began spending time with Oliver Sacks in the early 1980s, when he set out to profile him forÂ The New Yorker. Almost a decade earlier, Dr. Sacks had published his masterpieceÂ AwakeningsÂ but the book had hardly been an immediate success, and the rumpled clinician was still largely unknown

Weschler sets Sacks's brilliant table talk and extravagant personality in vivid relief. We see Sacks rowing and ranting and caring deeply; composing the essays that would formÂ The Man Who Mistook His Wife for a Hat; recalling his turbulent drug-fueled younger days; helping his patients and exhausting his friends; and waging intellectual war against a medical and scientific establishment that failed to address his greatest concern: the spontaneous specificity of the individual human soul. And all the while he is pouring out a stream of glorious, ribald, hilarious, and often profound conversation that establishes him as one of the great talkers of the age.