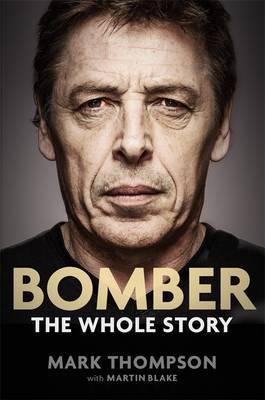 Mark Thompson has had more than his fair share of challenges and dramas in his career. He's been part of five premierships: three as a player at Essendon where he was coached by the best and two at Geelong where he coached that club's greatest team of all. He exited the game amid the Essendon supplements scandal with unfinished business.

After 34 years 'at a thousand kilometres an hour', Thompson has taken the opportunity to reflect on the game that shaped him and to reveal the personal cost of his involvement at the top level. We ride the bumps of the coaches' box, the boardroom and the press conferences as Mark Thompson handles things his own way. He talks about his mentors, his protUgUs and contemporaries with insight and candour.

And he reveals the development of what became his trademark as a successful coach: building a team from the ground up to play defence-first accountable footy, with kamikaze ball movement, under a teacher-mentor relationship. This is as good a book about football as you'll get, from a purist who is not interested in the politics of the AFL. His legacy is some of the greatest footy to be played in the modern era.