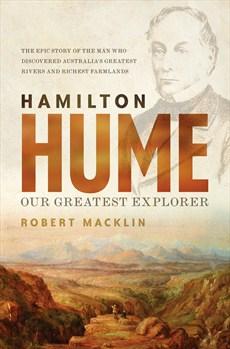 The untold story of Hamilton Hume - the Australian-born explorer who truly opened up the nation.

While English-born soldiers, sailors and surveyors have claimed pride of place among the explorers of the young New South Wales colony, the real pathfinder was a genuine native-born Australian. Hamilton Hume, a man with a profound understanding of the

Aboriginal people and an almost mystical relationship with the Australian bush, led settlers from the cramped surrounds of Sydney Town to the vast fertile country that would provide the wealth to found and sustain a new nation.

Looking After Country with Fire