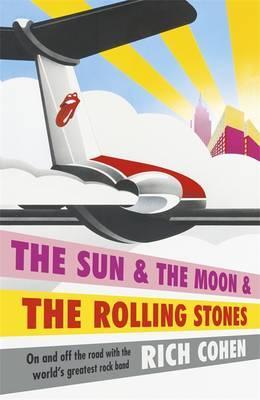 The Sun, the Moon and the Rolling Stones

An in-depth biography of the biggest band in the world, written by the man known as 'the fifth Stone'.

When he was 25 years old, budding journalist Rich Cohen got the assignment of a lifetime. He was sent by Rolling Stone magazine to Toronto to hang out with, get to know, and write about The Rolling Stones. The result was an epic adventure with some of the most fascinating people in the world: Mick Jagger, Keith Richards, Ron Wood, and Charlie Watts. Over the ensuing 15 years of friendship, reporting and collaboration, Rich got behind the scenes of the most wild soap opera of our time. The book will be a chronicle of the Rolling Stones, their era, their music, their influences, and it's also Rich's own story - the coming of age of a fan who somehow ended up among his heroes. This is a non-fiction book that reads like a novel filled with the greatest musicians, agents and artists of the most indelible age in pop culture. It's a book only Rich, with his unique access, experience and love of the band could write.