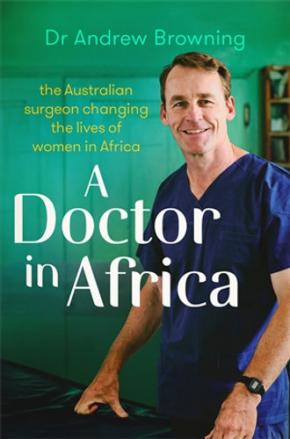 A Doctor in Africa

The Australian doctor saving the lives and dignity of thousands of women in Africa, one surgery at a time.

From Ethiopia to Sierra Leone, Tanzania to Togo, Dr Andrew Browning has been helping women affected by obstetric fistulas - a debilitating condition resulting from obstructed childbirth - for nearly two decades. Andrew began his African career in the 1990s working with the late Dr Catherine Hamlin and since then has started the Barbara May Foundation, which has built hospitals, trained staff and established programs to heal fistulas and also prevent them from occurring around Africa in the world's most disadvantaged women. Two million African women are estimated to be suffering with obstetric fistulas. They are often made outcasts in their own community, unable to leave their homes and left with little prospect of a happy, fulfilling life. Andrew's operations, and the spread of fistula-skilled surgeons he is training across the continent, don't just relieve the emotional and physical pain of the women affected, but give them hope and a future. A Doctor In Africa is the uplifting story of Andrew's life, from the challenges faced along the way to the stories of the women whose lives he has forever changed.