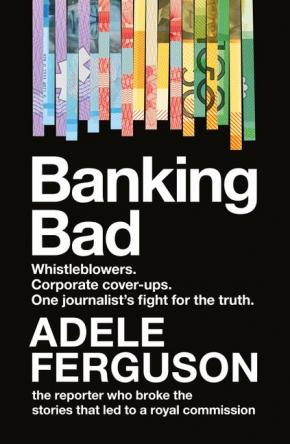 Against all the odds, Australia held a royal commission into the banking and financial services industries. Its revelations rocked the nation. Even defenders of the banks were blindsided.

Few people were more instrumental in bringing about the commission than journalist Adele Ferguson. Through her exposes in print and on television, she pursued the truth about funds mismanagement, fraud, lack of probity, and the hard-sell culture that took over the finance industry after deregulation in the 1980s. But it wasn't just light-touch regulators and crooked bankers growing fat on bonuses she put under the spotlight. It was also their victims - men and women who had lost everything, and had no recourse when they discovered empty accounts, egregious fees, forged documents and broken promises.