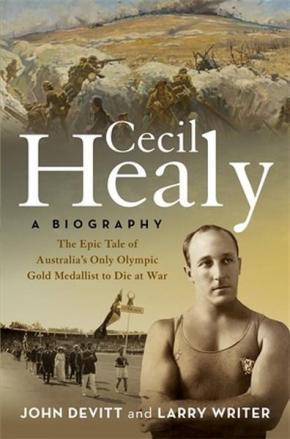 When John Devitt won Olympic 100-metre freestyle gold in 1960, his inspiration was Healy. He always wanted to write his hero's biography. Now, on the centenary of Healy's death, Devitt has joined with Larry Writer to produce an extraordinary tale of a man who was born to swim, earned sporting immortality but then sacrificed all. The book recalls Australia's first great era of swimming, our early Olympic achievements and the rise of the surf lifesaving movement. Healy helped organise the visit of Duke Kahanamoku to Australia in the summer of 1914-15, an adventure that inspired generations of board riders. Three years earlier, at the Stockholm Olympics, he refused to race in the 100 metres final unless the Duke, the race favourite, was also allowed to swim. The great Hawaiian had missed his semi-final, after a misunderstanding over the starting time. Cecil later won gold in the 4x200m freestyle relay, but it was his altruism that earned him a place in sport's highest pantheon. When John Devitt adopted his sporting hero, he could not have chosen a finer man.