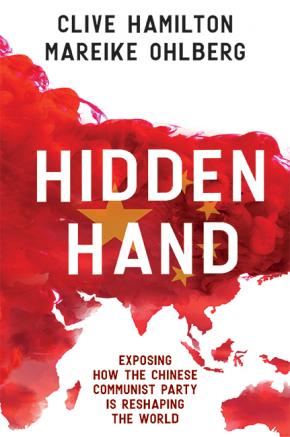 Combining meticulous research with compelling prose,Â Hidden HandÂ brings to light the Chinese Communist Party's threats to democratic freedoms and national sovereignty across Europe and North America â€“ and show how we might push back against its autocratic influence.

In this landmark follow-up to the bestselling Silent Invasion, Hidden Hand exposes the Chinese Communist Partyâ€™s global program of influence and subversion, and the threat it poses to democracy.With its enormous economic power, China is now a global political and military force engaged in an ideological struggle with the West. Combining a mass of evidence with unique insights, Clive Hamilton and Mareike Ohlberg lay bare the nature and extent of the Chinese Communist Partyâ€™s influence operations across the Western world â€“ in politics, business, universities, think tanks and international institutions such as the UN. This new authoritarian power is using democracy to undermine democracy in pursuit of its global ambitions.