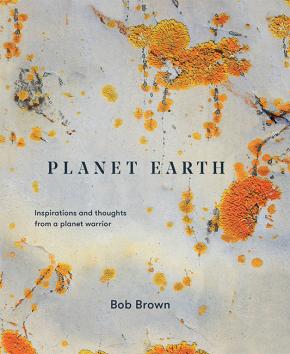 This book is both an inspiration and a call to action: Bob Brown's words are a clear message on the issues facing our planet yet his positive approach is an inspiration to us all.

In his first speech in the Senate, Bob Brown raised the threat posed by climate change. It has taken 10 years for politicians to finally begin to acknowledge the causes and effects of climate change. Since 1996, Bob has continued to take a courageous, and often politically lonely, stand on issues around the saving of our planet, whether they have a local or international focus: saving Tasmaniaâ€™s ancient forests, opposing the dumping of nuclear waste in Australia, protesting against Japanese whaling, the protection of rainforests and a host of other campaigns. In 2010 Bob led the Australian Greens to a historic result with more than 1.6 million Australians voting for the Greens. In 2012 Bob stepped down as Leader of the Australian Greens, and then retired from the Senate. Since then he has continued to campaign on conservation issues across Australia and the world.