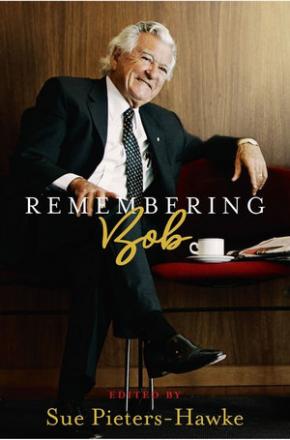 A warm, moving and revealing collection of stories and memories about Bob Hawke from across the nation, edited by his eldest daughter

Bob Hawke's death in May 2019 sparked national mourning across the country as we remembered just how important Bob had been in the shaping of modern Australia. In an age when political personas have become increasingly formulaic and predictable, Bob was a man of glorious contradictions. He was a Rhodes Scholar who also had a deep affinity and understanding for mainstream Australia. He was a passionate ACTU officer and president who also knew how to work with big business. He loved his sport, a drink and a bet, yet was also deeply intellectual in his approach to policy. In an age when our respect for politicians has never been lower, we respected Bob. The huge public outpouring of grief after his death showed that we loved him too. Remembering Bob, instigated and edited by Bob's eldest daughter, Sue Pieters-Hawke, is a collection of stories and memories about Bob by his friends, colleagues, old political foes, and ordinary Australians whose paths crossed that of their everyman Prime Minister. From reminiscences and rollicking anecdotes by journalists who spent weeks on the campaign trail alongside Bob, to his own personal physician travelling everywhere with him, to the golf coach whose brief was simple: 'make him look good!' From unionists working with Bob in his earliest trade union days, to senior policy advisors at the pointy end of his Prime Ministership, to politicians from across the political spectrum, including Kim Beazley, John Hewson, Bill Shorten, Tony Blair, Ged Kearney, Penny Wong, Tanya Plibersek and Steve Bracks. From John Bertrand, the yachtsman who skippered Australia to victory in the 1983 America's Cup, to the future son-in-law whose first encounter was Bob seated at his desk in a towel, which they discovered wasn't on tightly enough when he stood to shake hands… From those who knew him as a Rhodes Scholar in Oxford in the 1950s to authors and commentators like Tom Keneally and Peter Fitzsimons who've observed the changes Bob wrought in our national life. From the neighbourhood kids who dared to be caught playing on his tennis court, to the many staff who spent long hours alongside him late into the night. And from members of the Australian public who were affected by his policies and his support, both public and private, to people who bumped into him in the bar and ended up spending the most unforgettably entertaining night of their life. These are the stories that, taken together, offer a true reflection of the extraordinary person he was, and what he meant to us all. As the Hon Jason Clare MP puts it in his pitch-perfect piece about growing up with Bob Hawke on TV: 'He is the green card in your pocket. He is the superannuation you will retire with. He is the architect of so much of what is Australia today. His invisible fingerprints are all around us. And we are a better country for it.' A royalty on every copy sold will go to The Exodus Foundation, one of Bob Hawke's favorite charities. More books by this author