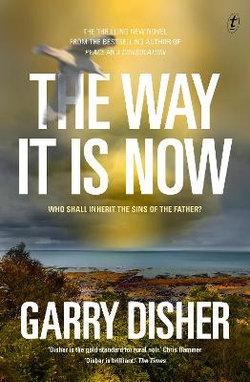 The Way It Is Now

The Way It Is Now is the enthralling new novel by Garry Disher, one of Australia's most loved and celebrated crime writers.

Set in a beach-shack town an hour from Melbourne, The Way It Is Now tells the story of a burnt-out cop named Charlie Deravin. Charlie is living in his family's holiday house, on forced leave since he made a mess of things at work. Things have never been easy for Charlie. Twenty years earlier his mother went missing in the area, believed murdered. His father has always been the main suspect, though her body was never found. Until now- the foundations are being dug for a new house on a vacant block. The skeletal remains of a child and an adult are found-and Charlie's past comes crashing in on him.