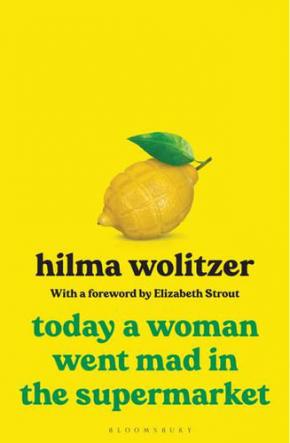 Today A Woman Went Mad in the Supermarket

Including stories first published in magazines in the 1960s and 1970s â€“ alongside new writing from Wolitzer, now in her nineties â€“ Today a Woman Went Mad in the Supermarket reintroduces a beloved writer to be embraced by a new generation of readers.

Another day! And then another and another and another. It seemed as if it would all go on forever in that exquisitely boring and beautiful way. But of course it wouldn't; everyone knows that. In this collection, Hilma Wolitzer invites us inside the private world of domestic bliss, seen mostly through the lens of Paulie and Howard's gloriously ordinary marriage. From hasty weddings to meddlesome neighbours, ex-wives who just won't leave, to sleepless nights spent worrying about unanswered chainmail, Wolitzer captures the tensions, contradictions and unexpected detours of daily life with wit, candour and an acutely observant eye.